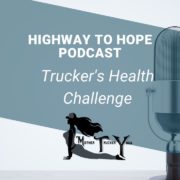 It’s here! The St. Christopher Truckers Relief Fund (SFC) Highway to Hope Podcast Episode 6 is out! The trucking community is in need of a health and wellness overhaul.

The trucking industry is in danger. Karl Sieber, Ph.D. noted on the CDCs website that: “Twenty-seven percent of drivers reported no moderate or vigorous physical activity of at least 30 minutes duration during the previous 7 days.”

And in this episode, Julie from St. Christopher Truckers Relief Fund, Kim McDonnell from RoadPro, drivers Craig Daniels and Carmen Andersen join alongside Hope Zvara from Mother Trucker Yoga as they discuss the state of the trucking industry and their health. But more importantly what can be done now.  It’s time and every driver has the ability to make some type of change and with the right kind of support, they too can improve their health starting today! AIt’s because of this that Mother Trucker Yoga and SFC are teaming up to create a 100% FREE wellness challenge for truck drivers.

What Is In Episode 6, Part 1 of the Highway to Hope Podcast?

In the first of two Health & Wellness editions of the podcast to be released in July, the Highway To Hope details SCF’s Going The Distance Challenge. SCF Wellness Manager Julie Dillon highlights this new program, explains why it’s different than what they have done before and what others are doing currently in the industry.

Joining Julie as guests on this edition of the podcast are Hope Zvara, the co-founder of Mother Trucker Yoga and Kim McDonnell, the Senior Marketing Content and Community Manager for RoadPro Family of Brands. RoadPro is serving as a sponsor for the Going The Distance Challenge.

Julie and Hope outline the new program and how professional drivers can join the Going The Distance Challenge. Kim, who also serves on SCF’s Board of Directors, talks about RoadPro’s involvement with the program and the company’s support of SCF. SCF Director of Philanthropy and Development Shannon Currier serves as your host. Shannon is joined on the podcast by Greg Thompson, the Executive Producer of the PodWheels Network.

Where To Go To Listen:

You can tune in and listen to the episode over on the St. Christopher Truckers Relief Fund website HERE.

You can listen in your truck, on your break, or after you are done for the day and you are getting your steps in. Find out why and how easy it is to take back your health one step at a time. 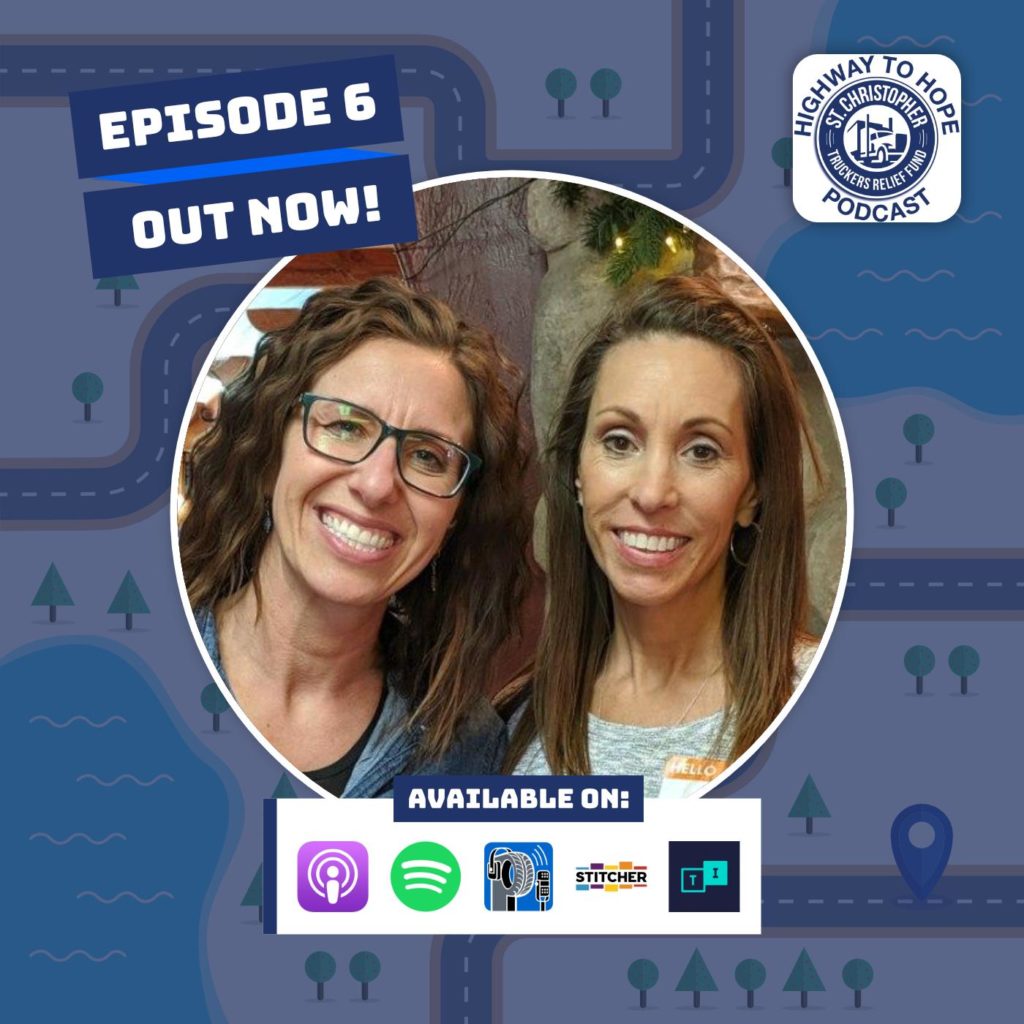 Are you a truck driver? Are you ready to take that next small step towards improving your health? Join HERE

Read more about our Driven to Be Health – Going the Distance Health & Wellness Challenge is Mother Trucker Yoga’s BLOG HERE. 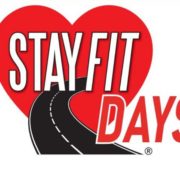 StayFit this year! 2020 is here and we are sure goals for this year are rolling alongside the new decade! Mother Trucker Yoga together with TA Petro want to help you reach them by coming to you.

We at Mother Trucker Yoga would like to invite you to join our CEO Hope Zvara as she joins TA Petro as their 2020 StayFit Ambassador for the new year!

What does this mean?

It means Hope is coming to you at various TA Petro tuck stop locations throughout 2020 offering one-to-one coaching and various trucker fitness centered workshops. And these offerings are 100% free.

“At Mother Trucker Yoga we believe that this is a step in the right direction. These truck stops have fitness amenities and they are under utilized. I believe you don’t get to complain about not having options if you aren’t using the options in front of you. But at the same time recognize the frustration when you don’t know where to start, and feel overwhelmed or even embarrassed (as many usually won’t admit) when it comes to taking advantage of these offerings.” – Hope Zvara, CEO of Mother Trucker Yoga

Join Hope for an hour workshop or hang out with her all day! You decide!

StayFit Fitness Rooms are free to use for any driver. The following equipment is available for drivers any time of day:

Mark your calendars for the next upcoming StayFit Days TA Petro locations Hope will be at during the first quarter of 2020. 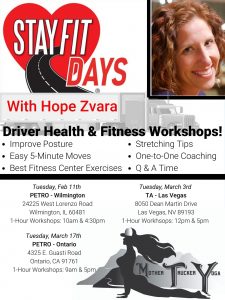 These workshops and offerings are 100% FREE to drivers!

We hope to see you there!

Beyond just generally being a good thing to do, giving can also be good for you. There are many studies that suggest that giving back could positively impact an individual’s health both mentally and physically. Giving Tuesday is the perfect opportunity to help others and help yourself.

#GivingTuesday was created in 2012 as a simple idea: a day that encourages people to do good. Over the past seven years, this idea has grown into a global movement that inspires hundreds of millions of people to give, collaborate, and celebrate generosity.

The trucking community has long been known for its generosity to those in need. Truckers have difficult, demanding jobs. Many live paycheck-to-paycheck and can’t afford to miss a delivery–even at the expense of their own health. Sadly, in the first half of 2019 alone, more than 640 trucking companies went bankrupt in the first half of 2019 alone, leaving more than 3,000 drivers without jobs. So, what does a trucker do if they’re broke and hungry, over a thousand miles from home? How do these trucker families make ends meet and pay for medical expenses when their company permanently closes its doors?

Thankfully, there are organizations like The Truckers Christmas Group (TGCO) out there that exist to help truckers and their families in times of need.

The Truckers Christmas Group (TGCO) is an organization that was created in 2008 to raise funds to support CDL drivers and their families during the holiday season by raising funds requested through aid applications and nominations.

In 2018, TGCO saw record numbers of applications. The organization delivered $8,000 to 16 families during the Christmas season. Unfortunately, for 2019, TCGO is anticipating an even more increased need based on the number of trucking companies that are going out of business. This is in addition to the number of applications for drivers or their immediate family members’ medical conditions that are traditionally received.

TGCO started accepting nominations for trucking families on November 21st, 2019 and will continue accepting nominations until December 11, 2019. To nominate a driver and his/her family, visit https://truckerschristmasgroup.org/. All nominations are anonymous and open to professional CDL drivers living in the United States and Canada.

On December 3, 2019, Mother Trucker Yoga encourages you to join the #GivingTuesday movement–whether you are able to give your time, a donation, or the power of your voice in your community–do something to make the trucking world a better place.

Here are 5 GREAT organizations to consider donating to this Giving Tuesday:

SCF exists to help truckers suffering hardship because of a current medical issue. For over ten years, they have been helping drivers get access to health resources, and to pay critical household expenses.

The Truckers Christmas group began in 2008 by Truckers who wanted to help Truckers and their families that have fallen on bad times, have a better Christmas. Since its inception, TCGO has raised more than $90,000 and helped 154 trucking families ease the financial burdens associated with the holiday season.

Look for Mother Trucker Yoga’s donated items to purchase this holiday season inside their store!

Trucker Charity offers a variety of services to those in the trucking industry, including life coaches and mentoring with one-on-one assistance. The organization also provides assistance with food and emergency housing for truckers that become stranded due to disaster or inclement weather and operates a food pantry for truckers at exit 68 along I-70 in Brownstown, IL.

TruckersFinalMile.org helps truckers reunite with their families during crisis. The group can help provide transportation and lodging during critical times and has a hotline staffed 24/7/365.

This group helps professional drivers across the country get connected with a hot meal. Through a network of volunteers, they will put hungry drivers in touch with locals who can deliver a hot, home-cooked meal to them in their trucks. They will also help drivers and their families who are struggling financially to put food in their cupboards.

Don’t forget to listen in Every Thursday at 9am CST (7am PST) to A Daily Dose of Hope on Chrome and Steel Radio.

PLUS You can listen to all the episodes on their website! 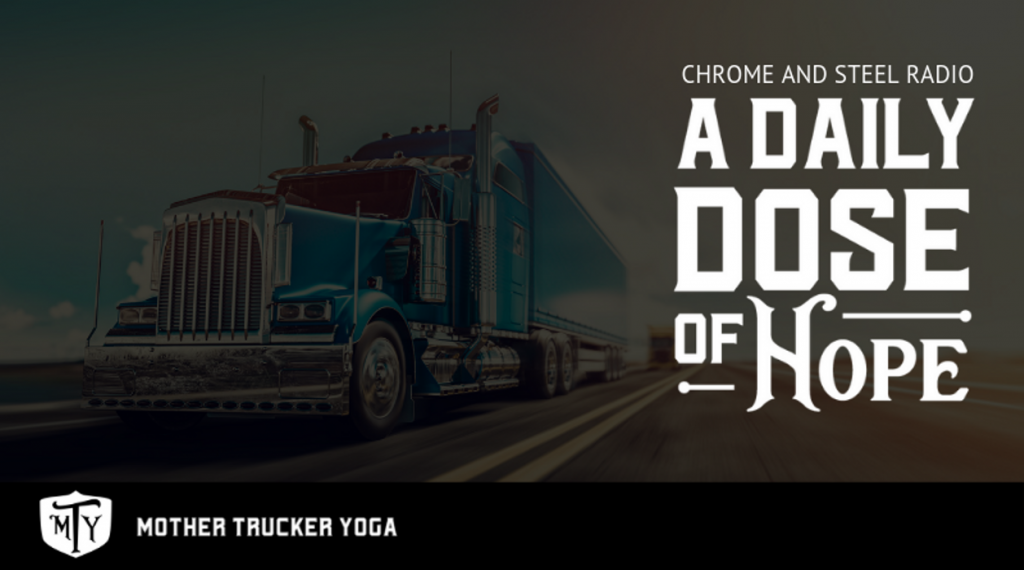 Be notified when Mother Trucker Yoga posts a new blog! 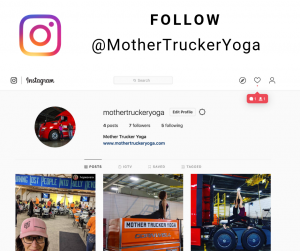